This week, we wrapped up SauceCon Online, our fourth annual Sauce Labs user conference—and our first time hosting the event virtually. Although we missed the in-person hallway conversations and free-flowing tacos (already looking forward to next year!), we were able to host the event in two different time zones, which meant we could include people who might not otherwise be able to join in person. In fact, we were thrilled to have more than 5,000 registrants from 98 countries across two days! And thanks to a knowledgeable group of speakers and sponsors, the agenda was packed full of testing goodness, helping everyone in attendance to “Test Better, Together.”

We were honored to have Niloofar Razi Howe, Diego Lo Giudice, and Anil Chakravarthy as keynote speakers who helped attendees understand the importance of a great digital experience, as well as what to look for in the future of testing.

We also announced some exciting news at the event. First, we released the 2020 edition of the Continuous Testing Benchmark Report. The report reviews the four benchmark metrics critical to continuous testing excellence (test quality, test run time, test platform coverage, and test efficiency) and measures how organizations’ collective testing efforts stack up against these defined standards, as well as how the data has changed from the 2019 report. This year’s report also includes data on mobile test performance in addition to desktop. Check out the report to see how your organization stacks up.

As was the case in 2019, one of the more notable findings in the 2020 Continuous Testing Benchmark Report is the extent to which organizations still struggle with test quality. To that end, we also announced a new Failure Analysis offering that leverages artificial intelligence and machine learning to rapidly analyze test data and use pattern recognition to surface the most common causes of test failure. As is detailed in the benchmark report, an initial pilot study of Failure Analysis showed that 27 percent of all test failures are traceable to a single common failure pattern. This new feature will enable developers to quickly address the most pervasive issues impacting test quality.

And finally, we released the beta for the Sauce Testrunner Toolkit, an open source solution that makes setting up, writing, running, and debugging web tests easier and faster for developers during early pipeline testing.

That’s a wrap for this year’s SauceCon! We are so grateful to the testing community for all the enthusiasm and support. Between the session content and the Q&A in the Slack channels, we were able to provide a virtual “hallway track” to engage everyone with their input and participation. If you couldn’t attend this year, or just wished you could catch more sessions, fear not: recordings for all of the sessions will be linked from on the SauceCon Online agenda page. We also owe a big thank you to our sponsors, who helped make the event possible. We hope to see you next year! 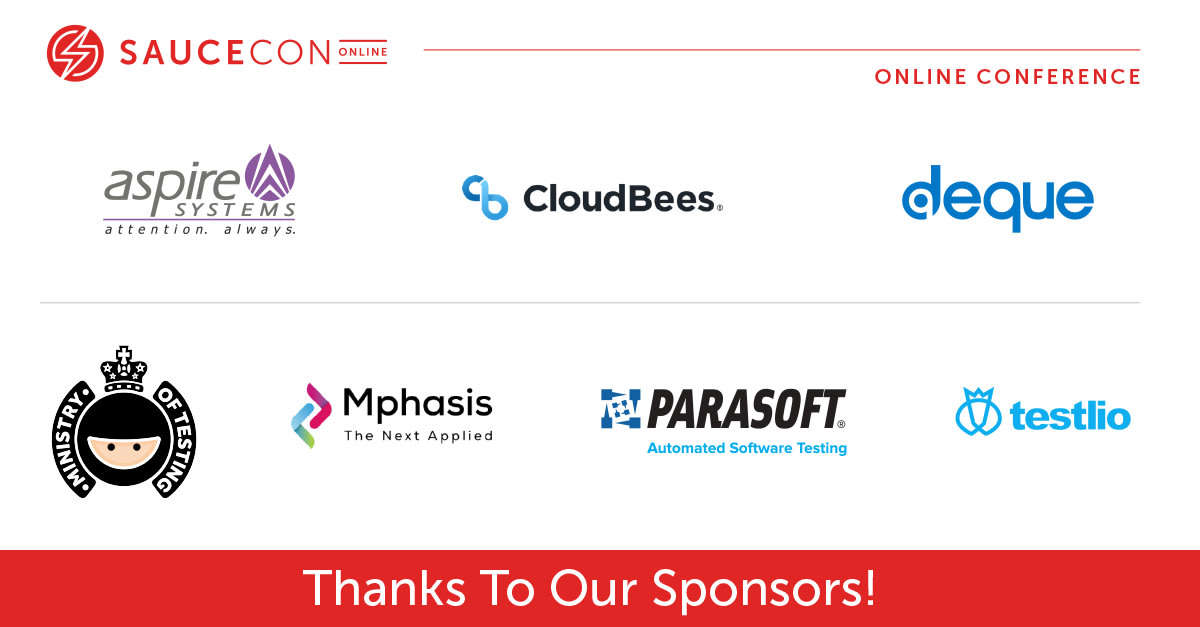 Get Ready for Selenium 4!

A must-attend webinar for all Sauce Labs customers using Selenium for testing, it outlines the best …

Getting Started with WebDriver-Selenium for Java in Eclipse