An Interview with Joe Colantonio 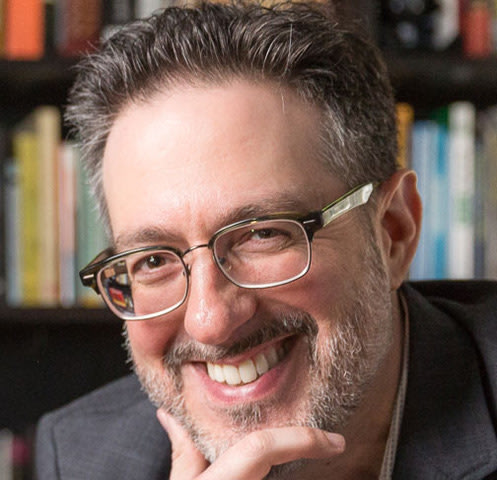 If you’ve been around the testing community for any length of time, you’re familiar with Joe Colantonio, creator of TestGuild and the TestTalks podcast, where he interviews testers about automation topics far and wide. This week, we’re flipping the script and interviewing the interviewer, so you can learn more about Joe and his commitment to “automation awesomeness.” Enjoy!

A “guild” is an association of artisans who oversee the practice of their craft/trade in a particular area. Joe Colantonio has taken that idea and built it for testers with TestGuild—an online community space for software engineers to get together and learn how to better use tools for automation, performance and security testing.

Earlier in his life, testing was far from Joe’s mind. He went to Berklee College of Music to study guitar and didn’t know anything about computers. However, with a friend’s coaching, Joe started his career doing tech support for Microsoft Visual Basic. He found a book called Testing Computer Software, which he read and then used that knowledge to get a QA job at a startup. “When I started my testing job, I stumbled across a box for software called Winrunner and LoadRunner,” said Joe. “No one on my team was using the software, so I decided to learn them myself. That’s how I fell in love with all things automation testing-related.”

Joe went on to say, “The things I most loved about playing an instrument—the constant learning curve and need for creativity and improvisation, combined with my gift/curse for breaking everything I touched—were skills that could also apply to a career in technology, and BAM!!—a software test automation engineer was born.”

Since that epiphany, Joe has worked as a performance and test automation engineer at companies including OneBeacon Insurance, Verisign, GTech, and GE Healthcare.

In 2010, Joe started blogging at joecolantonio.com as a way to keep up to speed on the latest in software testing. As the site grew in popularity, he added the TestTalks podcast to his communication lineup. Since 2014, Joe has personally interviewed more than 275 software engineers for TestTalks (now known as the TestGuild Automation podcast).

Joe knows how frustrating it can be to make testing a priority. As someone who has been in the testing and development field for 20+ years, he knows all the challenges new and experienced testers deal with.

That’s why he is committed to providing affordable testing-based education through online conferences that don't require lots of money, time, and travel. “Onsite events are great, but they are really only for those fortunate enough to get the money to cover their hotel, airfare, ticket, food, time off from work, etc.,” said Joe. “With TestGuild conferences, my mission is to bring that onsite experience to the world in an online fashion that fosters community and learning. Plus, testers can feel good about lowering their carbon footprint.”

Recently, Joe left his job of 12 years in order to focus his energy full-time on TestGuild. “My mission is to help testers and their teams/companies to succeed with all their full-stack automation needs through my blog, podcasts, and online conferences,” he said. “I want TestGuild to be a must-use resource that offers help whenever folks are struggling with any full-stack automation need.”

Joe has had a years-long relationship with Sauce Labs. He was a big admirer of Jason Huggins, creator of Selenium and Sauce Labs co-founder. “After seeing Sauce in action, I realized the revolutionary approach to cloud-based test services was a game-changer. I've been a big advocate of Sauce Labs ever since, and it has been an honor to have them as my exclusive sponsor for the TestGuild Automation podcast all the way since episode 20.”

Joe has interviewed quite a few Saucers over the years—some before they even worked at Sauce Labs!

When he’s not talking about testing, Joe loves to read, play guitar, and rescue animals—in fact, he and his wife recently moved from Rhode Island to Tennessee and now have 12 acres to make this a reality! If you haven’t met Joe yet, plan to join us at SauceCon 2020 and say hello in person. Joe will be on site with his mobile studio in order to create yet more “automation awesomeness” to share with the world.